Standardization of a Success Control Process in an Insurance Company

In a large insurance company in Germany, dedicated success controls of various cross- and upselling campaigns are to be implemented. In this process, the objective is to achieve a large degree of standardization and automation, so that each success control can be carried out quickly and with minimal probability of error.

In order to successfully implement the two stages, the following questions must be answered in advance:

These points are analyzed in order to then define a suitable success control process.

Which strategic position does the concept take in the business and how well is an existing success control process (if any) developed?

This point principally determines the approach and the possibilities of introducing a success measurement process. Depending on the maturity level of the process in the business, for example factors such as the definition and analysis of a control group and the correct verification of the scorecards have to be considered.

What is the substantive background of a campaign, what is defined as campaign success and how should the results be presented (substantive stage)?

The difficulty of this topic often lies in the variety of the possible target products and the debatable differences in the measurement period for different branches and product groups. The level on which measurements are to take place is also important. A presentation on contract, customer or household level might be useful in this context.

A structured storage of the customer data is an essential requirement, both for campaign selection and for success measurement. The time of contract formation, the correct classification of the contracts and the relating important contract information have to be stored clearly and promptly. Unique identity codes (IDs) for contracts, persons and/or households have to be in place and may not change in the given time. These requirements are fulfilled in the considered business. The customer data is made available manually in certain intervals, where the point in time of the provision influences the start of the success control.

In addition, a structured storing of the campaign data is an important requirement for success measurement. It has to be clear which customers received the campaign and which customers did not receive the campaign. If a control group has been defined, it also has to be tagged and must be retrievable. If this data has previously been stored without a clear standard, it now belongs into a centrally filed contact history.

What are the technical framework conditions in the business (technical stage)?

The technical framework conditions in a business are an important factor for the introduction of a success control process and determine the implementation to a great degree. Examples are the availability of current data, data processing tools used in the business and the usable computing power. The statistical programming language SAS is used for data processing. Along with the technical framework conditions, the size of the data volume is one of the factors to reduce the effort of the success control to a minimum. The smaller and more accessible the data volume, the faster the detection of the results of the success control. Such queries take their time even under good technical conditions, especially if large data volumes are involved. For this reason, the optimization and standardization of queries are even more important.

After analyzing these points, b.telligent standardized the success control process by means of various tools and measures. Thus, a standard for a workshop with the campaign managers was introduced in order to define a clear objective for each campaign and to find the suitable period of time in which the success is to be measured. By means of this standard, most questions regarding the definition of the objective are already answered. For example, an itemization of the purchased products helps the campaign managers to decide which transaction is regarded as success and which is not.

It is generally advisable to choose the same level for the definition of measurement results, as in selecting the campaign addressees. If the campaign was, for example, a mailing in the course of which each household received only one letter, conclusions of several contracts in the same household should only be counted as one success regarding the response quota.

There also is optimization potential in storing the data. The customer was supported in identifying the campaign data important for all success controls and in storing it at a certain place on the server in a structured manner. This enables the rapid access to consistent campaign data relevant for success control. The important data of each campaign has since been stored in this so-called container.

For the implementation of the technical stage of the success control process, b.telligent has defined a fixed approach and written corresponding SAS codes, where conceptually identical tables are generated for almost every success control. A clear approach reduces the time needed to create the campaign-individual SAS codes and the error rate during the implementation of the success controls. The subsequent analysis of the final result tables also follows a fixed approach. In this process, the requests which have been determined by controlling and marketing in the workshop, are taken into account.

The campaign success measurement process has largely been developed and standardized since the implementation of the measures. The internal customers of marketing and controlling know which results they receive and are able to process them accordingly. It quickly becomes apparent how the customers from the campaign have responded compared to the customers from the control group and thus, how successful the campaign was compared to the control group. For the different customer groups and agents, both the number of transactions and the value of the contracts is shown.  The effectivity of the used scorecards also quickly becomes visually apparent. The standardization of the results demonstrates the difference between the campaigns, which means that better decisions can be made for future campaigns, as well. Due to the created structure, the business has a very good basis to respond to any changes rapidly and with little effort. 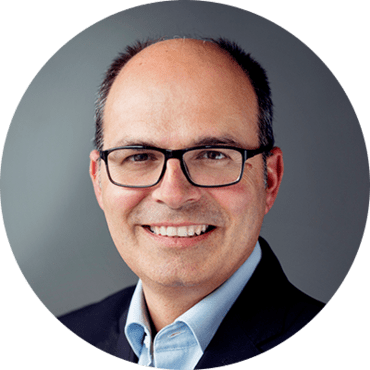 Laurentius Malter
Competence Center Manager
Laurentius is passionate about his specialism, which is customer engagement & martech. One thing is for sure: marketing and customer experience are becoming more and more digital and thus more and more technical. Companies who deploy marketing automation and the right data management tools are able to enhance their digital interaction with customers and stay one step ahead of their competition.
#Kundenversteher #dataisthenewfuel #engagementisfuture