SAP BusinessObjects 4.2 SP07 and a look into the future

In previous years, there were repeatedly reports and rumours about the future of SAP BusinessObjects.

Some interesting new details have emerged in the meantime:

On 04.03.2019, SAP issued support package 07 for the SAP Business Objects Business Intelligence Platform 4.2 (SBOP BI 4.2). According to SAP, this is the last feature pack for release 4.2 . Though support package 08 is planned, it will constitute purely a maintenance release containing "only" bug fixes but no new functional extensions.

The Fiori launchpad was further extended and now supports more functions from the "classic" interface. Full functional equality is aimed at for the upcoming release SBOP BI 4.3.

Another major innovation is the new Fiori admin console available only in the Fiori representation.

Naturally, the support package comes not only with new features, but also a large number of bug fixes. The list of fixed issues is 16 pages long and covers some cosmetic flaws in the various viewers and interfaces, besides providing solutions to memory leak problems (such as in the Crystal RAS server) as well as remedies of errors in drivers and formulas.

At the end of 2019, SAP Business Objects Business Intelligence Platform 4.3 (SBOP BI 4.3) will be introduced with several new features. Even if some changes might still take place before final release, the most important ones have been established in the meantime:

The Fiori launchpad will become the default user interface and contain all the functions of the former launchpad. The classic BI launchpad will (initially) remain available and continue to be maintained and updated in terms of functionality.

Web Intelligence presents itself as a completely newly developed version based on HTML 5, both in the web and desktop variants. The interface has a more modern design and is meant to be much simpler and tidier for the user. There will no longer be any Java version.

All client applications will be shipped in 64-bit versions.

Installation and configuration have been greatly modified, and are meant to be much easier and simpler, particularly with regard to SSO and SSL.

Furthermore, there will be a higher degree of interlacing with SAP BI cloud solutions. The systems can be combined to a greater extent (hybrid approaches); this applies to data sources as well as user administration and reports.

Users created in the SAP Analytics Cloud, for example, can be included automatically in SAP BO on request, and vice versa. For this purpose, SBOP 4.3 also supports login with the e-mail address as the user name.

WebI reports can be made available in the cloud. This enables evaluations in which SAP Analytics Cloud models access (OnPremise) universes, and (OnPremise) WebI reports access cloud data.

Crystal Reports will be retained, and will continue to undergo regular updates of database drivers and bug fixes.

Furthermore, a number of legacy features will be eliminated:

Desktop Intelligence will be (permanently) removed, just as the related, server-side support.

There will be no longer be any Flash support. This means the end of dashboards/Xcelsius.

Lumira Designer is recommended as a replacement. Migration tools are not available, however.

The following products will also be discontinued:

SAP Analytics Cloud is recommended as a replacement here. No migration tool is planned so far in this case either.

After a period of uncertainty, SAP now slowly seems to be setting a rough course in terms of BI.

SAP BusinessObjects will not (yet) be replaced by SAP Analytics Cloud; instead, the individual advantages of cloud technology and OnPremise structures can now be combined and used together.

Although the cloud will certainly become a focal area for SAP in the long run, OnPremise products such as SAP BO will nonetheless continue to be supported and maintained - foreseeably at least until 2025.

Contact us if you have any questions about BusinessObjects or need assistance for projects. We will gladly help. 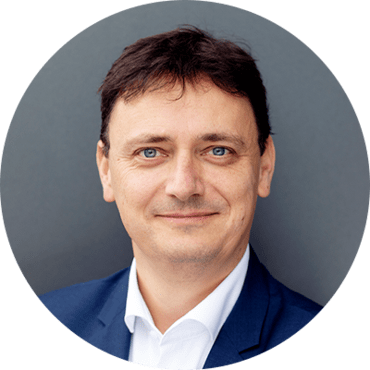 Karl Hörbst
Senior Consultant
Karl is a SAP BusinessObjects and Crystal Reports veteran with over 20 years of experience in reporting and DWH. Nevertheless, he is also very interested in "newer" topics such as Cloud BI and agile methods, and is living proof of the saying: You CAN teach an old dog new tricks!
#CrystalSaurus, #BO-Expert, #PowerBI-Fan