The Predictive Analytics World starts tomorrow, and the evening before kick-off is a good time to gauge the expectations.

This time, a glance at the program shows various hands-on workshops regarding topics such as ‘uplift modelling’, ‘predictive analytics in the cloud’, ‘process mining’ etc. alongside the lecture program. However, I will give preference to the ‘normal’ lectures, as they are shorter and thus promise greater diversity of topics and ideas.

It is precisely the diversity which is one of the strengths of the Predictive Analytics World; lectures on topics such as ‘robot journalism’ or ‘predictive lead management’ catch the eye when looking at the agenda. I am particularly interested in Amelia Showalter’s presentation. As Director Digital Analytics, she was a part of the large and brilliant data science team which had a decisive share in Obama’s victory in the last presidential election. The participants of my webinar regarding the topic know that Obama’s victory over Mitt Romney was substantially due to the superior team for data science and digital election campaigning which the Democrats engaged.

Amelia Showalter will hopefully reveal further, previously unknown details about the data science methods which Obama’s team used. In addition, she has announced an outlook on how digitalization will continue to shape and change the US-American election campaigns. One thing is for certain: the Republicans will do everything to avoid the repetition of the amateurish performance in digital election campaign management which they showed during the last presidential elections. Thus, the Democrats will have to put the fire up if they want to keep their superiority. I hope that we will learn what their plans are to ensure this and many other exciting details at the conference tomorrow and the day after tomorrow – and you will be informed about it in the following blog.

And here a short outlook of the Predictive Analytics World from this morning: 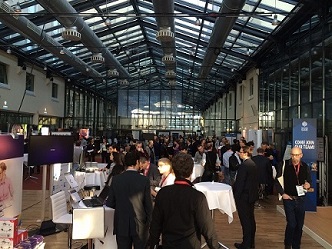 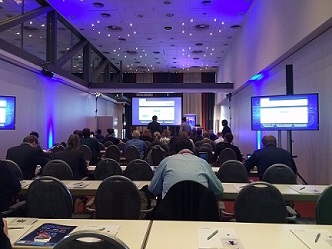