In the course of our new blog cooperation with Apteco's data analysis experts, the author Ann-Kathrin Stolz devoted herself to a Christmas topic. In case you have ever asked yourself how the Christmas elves analyze, consolidate and correctly evaluate all the data from the different wish lists -  you will find the answer here ;)

Year in, year out: the closer one gets to Himmelstadt, the more delicious the air smells of cinnamon and ginger cookies. Looking through Santa Clause's window, you will see countless elves baking, wrapping gifts and sorting packages. Santa Clause is sitting happily in his wing chair, enjoying a cup of freshly brewed tea with honey. Until the peace is suddenly disturbed by a desperate reindeer. "It is getting more and more gifts each year!", Rudolf notes with concern, "How shall we bring the gifts to all the children on time?" Santa Clause examines the affectionately wrapped gifts which have meanwhile reached the ceiling. "We need a plan", he says while broodingly plucking his snow-white beard.

Do not Despair, Ask the Elves

Meanwhile, the other three reindeers have also gathered in the living room and frown intensely. The elves also have not missed the group of thinkers. Tomte, the analytical head among the elves, finally redeems Santa and his four companions: "Stop making long faces", Tompte trumpets, "Your noses have turned completely red already." Rudolf gives Tomte an insulted smile. "How do you think we are processing all the wish lists and finding the suitable gifts?" Tomte asks. Santa, Rudolf and the other reindeers look at each other questioningly. "Gentlemen, you are not completely up-to-date, are you?! You cannot seriously believe that we are doing it all manually, can you?"

Digitalization has No Limits - Even on Christmas

For some time now, the Christmas elves have been using a tool which helps them to consolidate all the wish lists coming in via different channels, to analyze the wishes and to find custom-fit gifts. Tomte happily tells the whole story and shows all of the tool's features to the marveling five.

For example, the Christmas elves also want to bring joy to the children who have not managed to send a wish list to Santa Clause. In order to do so, they select all of the children's wishes by age groups and thus discover this year's gift trends. Tomte shows Santa and his reindeers the result in a so-call tree map - everyone immediately sees the most popular Christmas gifts, for example, of children under the age of six, at first glance.

The smart elf picks out the three most popular Christmas gifts and forms a Venn diagram for all children. "Check that out, it shows us how many of the children have included one, two or even all three of the most popular wishes in their wish lists, Tomte yells grinningly. Playmobil, a smart Carrera track or a fluffy teddy bear seem to be popular not only with younger children. 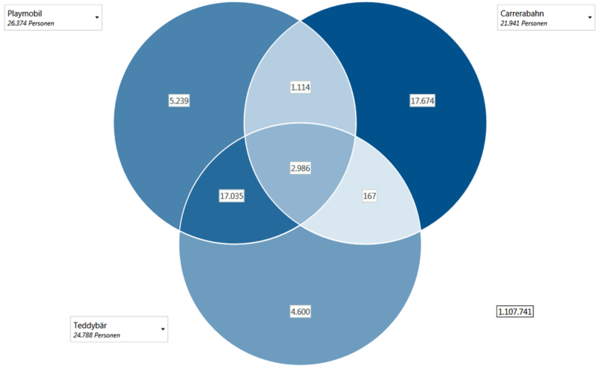 "And here is the absolute highlight", Tomte boasts while stuffing a big piece of gingerbread into his mouth. By means of the patented PWE scoring process he creates profiles of the children who have wished for all three presents in a matter of seconds. Of course, better children get more gifts. The subsequent score card shows the characteristics of the children who were over- or underrepresented in this group to the Christmas elves. Santa and his reindeers exitedly watch Tomte work. Everybody immediately sees that the children who have more wishes on their wish lists have shown a very good behavior. Tomte joyfully tells: "By means of the scoring of all children, I know who gets which and how many gifts."

"That is all well and good", Rudolf replies after all the euphoria about the seen, "All the custom-fit gifts are of no use to us if they do not reach the children on Christmas!". Although Tomte would have loved to show more, he immediately responds to Rudolf's challenge: "No problem, Rudolf, that is why I am showing you the tool." By means of only a few clicks, the little elf divides Germany into individual "Christmas zones" depending on the sleigh flight time and based on their starting point Himmelstadt. Each of the four reindeers gets its own zone where it is supposed to make the children's eyes shine. As Rudolf is by far the fastest and most persistent reindeer, he gets the zone which is the furthest away from Himmelstadt. 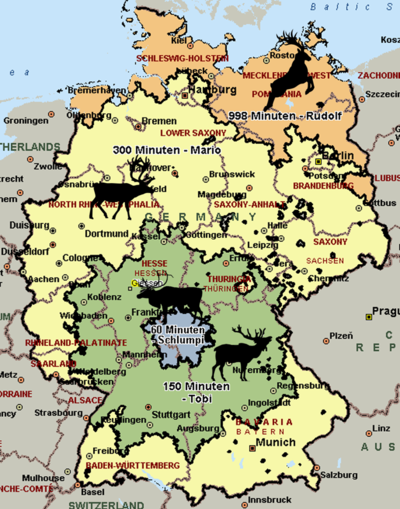 "We will be able to make it that way", Santa says, delighted, then he looks at Tomte full of expectation, "And what am I doing in the meantime? It looks like you do not need me at all anymore." Tomte jumps on Santa's lap, who has meanwhile sat back down on his cozy wing chair. "No worries, old man, you should be at the market places of the big cities visiting the children there." Two days ago, Tomte has already made provisions and sent Christmas post cards to all families living within 50 to 100 km of these cities in order to invite them to Santa Clause. He beamingly shows his friends his selection on a digital map in and around Frankfurt. 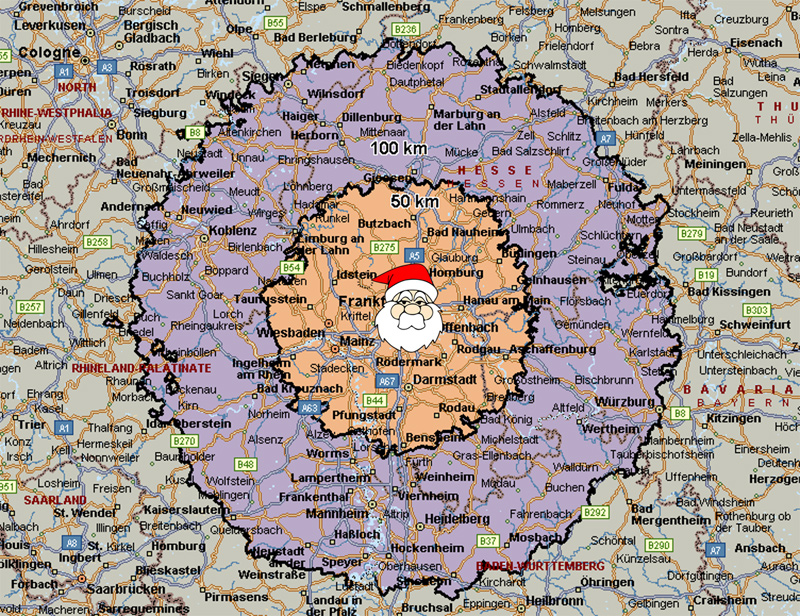 Everybody is overjoyed and satisfied, and due to Tomte and the tool FastStats®, Christmas is saved.

Well then, Merry Christmas to everyone.

You also want to get to know the tool of Tomte, the Christmas elf? Take a look at FastStats in action!

This Blogpost has first been published at the Apteco Blog. 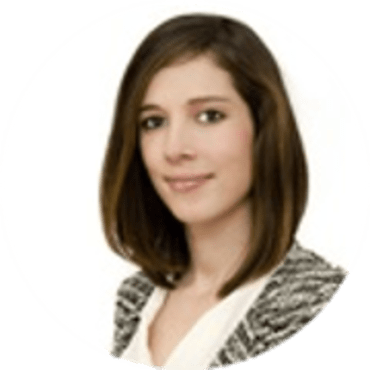