b.telligent wins gold at the IT-AWARDS 2020

Munich, 21 October 2020 – For the sixth successive year, Vogel IT Media's specialist portals announced the winners of their "Readersʼ Choice Award". Readers of the specialist IT media voted in an open poll for the companies whose pioneering technologies or particularly exciting products or concepts made them stand out from the crowd. This year's Gold award in the Big Data Consulting category went to b.telligent.

With its insider portals Data Center Insider, IP Insider, Security Insider, Storage Insider, Cloud Computing Insider, Big Data Insider and Dev Insider, the Vogel Communications Group has developed a trusted portal network for its professional IT readership. Each year since 2017, the editorial team has made it their mission to give due recognition to companies whose innovative work has impressed during the year. From April to August, readers were invited to participate in a readers' poll by choosing their own favorites from the editors' shortlist.

Due to the current circumstances, alternative arrangements had to be made for this year's award ceremony, which has traditionally been held as part of a gala dinner. A few weeks ago, all finalists received a dial-in link to the virtual award ceremony as well as a postal package with instructions to open only during the live event. All the participants were therefore able to watch as the nominees in the various categories opened their awards and discovered what place they would take on the winners' podium.

"We are delighted that b.telligent won the Gold Award in the Big Data Consulting category," said Klaus Blaschek, founder and CEO of b.telligent, who opened the award package on behalf of the company. "The shortlisting by the expert jury and confirmation by the readers' votes means a great deal to us," said Blaschek. "It shows that b.intelligent is not only held in high regard by its customers and partners but also by this influential group of impartial IT professionals." 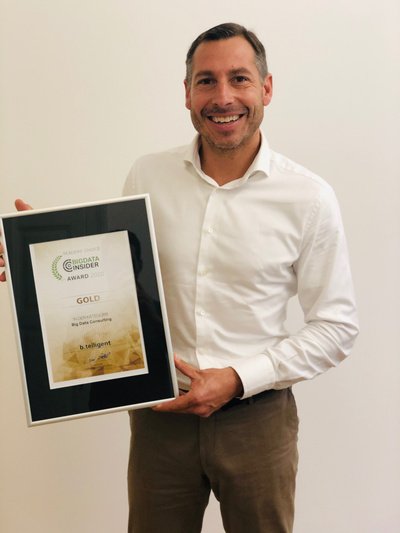 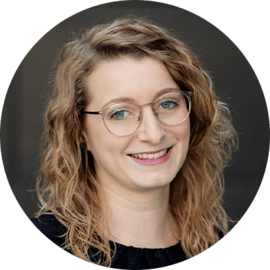