After four years in the O2 Campus office building in the Northwest of Munich, b.telligent has decided to change the Munich headquarters. The reason for the move is that the previous offices at Georg-Brauchle-Ring can no longer keep up with b.telligent's rapid growth. On Friday, 20 March 2015, b.telligent will relocate to the modern offices of North Munich, located only a few kilometres away.

The starting signal for b.telligent GmbH & Co. KG, one of the leading management consultancies for business intelligence, customer relationship management and e-commerce in the DACH region, was given in 2004 in a small office in Garching near Munich, with the two founders Sebastian Amtage and Klaus Blaschek. After the IT consultancy had fully established itself on the German Market within only five years, it moved to the office building right next to Munich's Skyline building, the O2 Tower, in 2009. With the 10th anniversary 2014, which b.telligent celebrated with the BI Congress, and the relocation in March 2015, b.telligent is setting a clear sign towards growth and innovation. 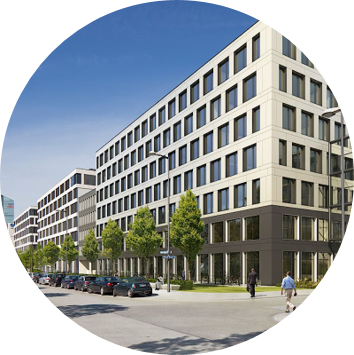