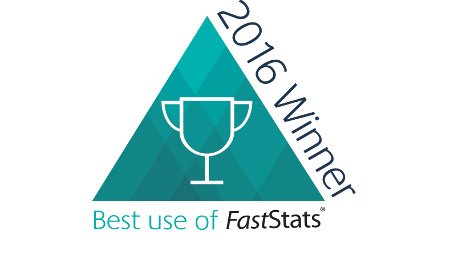 b.telligent is the winner of the Apteco FastStats Award 2016

The FastStats Awards, given annually by Apteco, reward the most effective implementation of FastStats with the goal of carrying out marketing activities that serve as a starting point for positive customer experiences. Ultimately, in doing so, lasting and, more importantly, measurable added values could be created for the organisation. The awards ceremony took place in London, the BFI Southbank to be exact, one of the most important art house cinemas in the United Kingdom.

As one of the leading consulting companies for business intelligence, customer relationship management, DWH and big data in German-speaking Europe, b.telligent - along with Travian Games - was nominated for the "Best Use of FastStats Award" and was in a strong field of finalists, with competitors like RTL interactive GmbH and artegic AG or ATS Euromaster and TwentyCi.
The goal of the project carried out by b.telligent and Travian was to win over a number of valuable new players for the gaming company. In order to achieve this, the project used existing resources in a targeted way and developed a new, innovative strategy in order to later successfully sustainably operate on the market. Consequently, in combination with the implementation of various Apteco tools, a new channel was created, with the help of which finally 30 percent more gamers could be reactivated.
b.telligent and Travian Games won the sought-after FastStats Award 2016 as an accolade for the project. In doing so, b.telligent once more showed its excellent skills in the customer intelligence and CRM environment.
Dr. Wolfgang Leußer, Principal Consultant and Team Lead, and Laurentius Malter, Head of the Competence Center Customer Intelligence, were there to represent b.telligent. Niko Rees, Head of CRM, participated for Travian Games.

The b.telligent experts with the FastStats Award 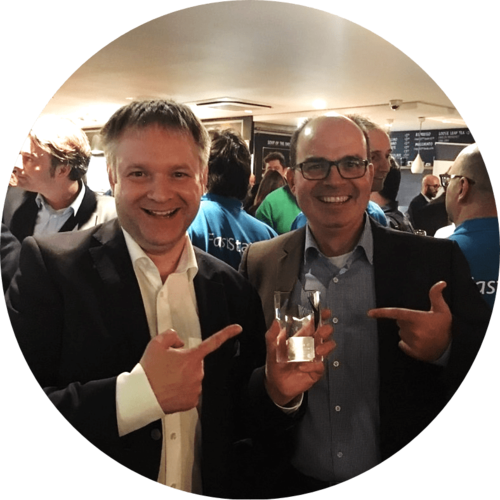 Dr. Wolfgang Leußer and Laurentius Malter with the FastStats Award

At the awards ceremony, Laurentius Malter once again emphasised his pleasure and added: "Of course, it is our goal to be one of the finalists next year and maybe even defend the prize."

Are you interested in our topic area of customer intelligence and looking for the optimal solution for your business? We would be happy to hear from you.