We are quite aware of how crucial it is for you to go through a fast and well-organized interview process, which includes quick feedback on your application, direct communication paths, and a contact person to answer your questions. At b.telligent, we normally take 2–3 weeks, but sometimes manage this even sooner.

What happens when I apply for a job?

Our relevant department interviews you first by phone or via a Web conference. We follow this up by inviting you for an interview in one of our offices. Naturally, we’ll help you as much as possible with your appointment and travel plans, so that you can prepare well for our in-depth interviews.

For an associate position, you will be asked to give a 10-minute presentation during the recruiting process to demonstrate your knowledge. You may choose any topic, but this is usually agreed upon in advance with the interviewer.

Interviews for (senior) consultant jobs are more traditional: mutual introductions, a host of questions, an exchange of project information, technical/professional qualifications, and mutual expectations. Depending on the opening, you will be interviewed again by company management, for which we will clarify the conditions in advance. Naturally, someone from our HR/Recruiting department will guide and support you throughout this process.

We strive to give each applicant a thorough look at our departments. This means that we not only present the various competence centers during the interview, but also walk you through our offices. We hold most of the interviews at our head office in Munich – but we can also arrange one at any of the other offices in Hamburg, Frankfurt a. M., Dusseldorf, or Stuttgart. If you apply from Switzerland, we will interview you at our office in downtown Zurich.

Soon after the interviews, we always try and get back to you personally about our decision.

We could tell you a lot about us, but perhaps it’s best to form your own opinion by visiting Kununu.

Have we perked up your interest? We offer a host of opportunities at b.telligent. For job openings, please click here.

“Super procedure, extremely friendly and competent people – both the HR department and future supervisors were very friendly and accommodating.” (Kununu user on the recruiting process at b.telligent) 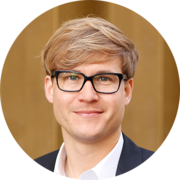 After studying business administration in Germany and The Netherlands, I started in 2007 at one of the largest European employment agencies. Here I learned the recruiting trade from the bottom up, and remained in this field through the summer of 2014, at which point I decided to switch to the corporate side. The decision was easy for me, since b.telligent was my client and I already knew the company very well. My gut feeling at the time was right: no bureaucracy, lots of room to make decisions, much responsibility, and very cordial colleagues!

Being responsible for recruiting new employees, it’s very important for me to look at more than just the candidate during the interview. I want to know why this is person interested in us. What hobbies does he/she have? Where would this person like to be in a few years? Generally, one or two colleagues from the relevant department also take part in the interview to pose technical questions. 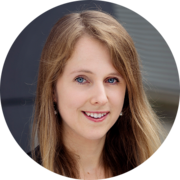 Professional, authentic and cordial - my impression from the first conversation at b.telligent, which is corroborated newly each day. After my studies in business administration with specialization in the hotel sector and tourism in Freiburg and Helsinki, and three years in personnel consulting, I looked around purposefully for a position involving in-house recruitment.

Sought. Found. The expectations and gut feelings concurred on both sides, and everything else then happened very quickly. My responsibilities include supervision of the department and candidates in the entire recruitment process. An activity which brings lots of variety and which I enjoy greatly. Every day is different, giving me the opportunity to organize my time personally, and contribute and develop according to my own interests.

As concerns candidates, I am particularly interested in learning where they see their strengths and how they can get involved, not only in projects, but also as part of the enterprise and the team. Because as a "b.telligent family", we develop jointly.

Already during my training previously as an industrial clerk, I was able to gain initial experience in the field of human resources. From then on, I knew: That's something I'd like to do.

I went on to study business administration, specializing in personnel management, in Munich. The course had been set: All I needed now was to find the right vacancy. Beginning as a working student at btelligent, I subsequently found my career start here. And now - one and a half years later - I can only say: I was right on target!

As someone responsible for the areas of human resources & recruiting, I am excited by the diversity, in particular. Conducting interviews, discovering strengths and weaknesses, and motivating candidates is always very stimulating.

Most importantly, however, I have found a new (professional) family - one which grows with each new employee. 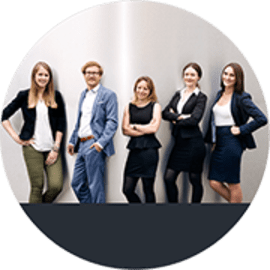