Fast introduction of a professional data hub with dbt and Snowflake

Are you vacillating between ETL or data warehouse automation tools Data-Warehouse-Automation-Tools and a "do-it -all-yourself" approach? Then you should definitely become familiar with dbt! It takes over all routine work easily without "getting in the way" and can be learned in a very short time – and it's open source. Ideal in conjunction with a cloud DB such as Snowflake.

Until a few years ago, a common practice when configuring data hubs was to implement ETL (extract-transform-load) paths which performed data transformations en route from the source system to the target database. Used today is the more modern ELT (extract-load-transform) approach, in which the source data are first loaded (replicated) in raw form into the target database without any transformation - which takes place only later. 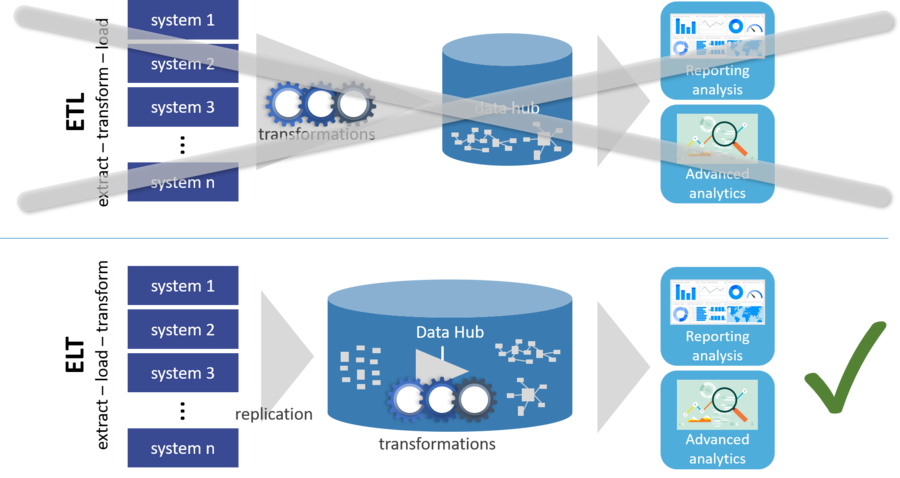 The reasons for this are obvious:

dbt only deals with transformations (the "T" in "ELT") and operates exclusively on the target database.

The (comparatively simple) step of loading ("EL") from the source systems to the target database must be carried out separately. Available for this is a wide choice of tools - purely cloud-based or with on-premise installation. Connectors to many systems and databases are often present too. Some available options are:

Available as a match for the very rapidly deployable dbt is a cloud database which can also be started up quickly – and then performs brilliantly: Snowflake.

Does what it should - quickly and straightforwardly

dbt itself is open source and can therefore be used entirely free of charge on Windows as well as Linux. It is an easy-to-install command-line application. A complete load is triggered, for example, with the following command:

There is also a moderately priced cloud variant which comes with its own browser-based IDE (development environment).

The salient features of dbt are:

Snowflake also provides a number of advantages suited to dbt:

As mentioned above, dbt also supports databases other than Snowflake. Important for us:

With the very short training time and virtually free features of dbt, one should carefully think twice, in particular, about a self-made - however small - ELT framework (even if all developers like to do this

dbt is aimed at code-savvy BI developers who enjoy the practice of writing transformation rules in SQL as SELECT statements. Though a graphical interface for modelling data flows is not provided, this is often not disadvantageous: How easily logic can be formulated is shown below. Serving as an example is a rule which calculates monthly turnover and stores it in a materialized table titled "revenue_by_month":

The ref notation in the SQL statement's "from" allows dbt to recognize the dependencies of each entity. The dependency graph (Direct Acyclic Graph = DAG) is then generated internally, and observed automatically in the execution sequence. dbt can also parallelize independently. The code is processed by a fully-fledged template processor (Jinja), so that macros can be used, for example.

Advantages of this code-oriented approach over a graphical ETL/ELT tool:

An affinity for scripting languages such as Python is also useful for writing auxiliary scripts (e.g. for loading from source systems to the database, the "EL"), if necessary. dbt itself is written in Python.

Even a great tool is just a tool

As with all BI tools - including graphic tools - the following applies:

Even with an efficient tool like dbt, a good internal structure is important to create a system which is robust, fault-tolerant, understandable as well as easy to maintain and expand.

BI experience is necessary here to later avoid an untenable "heap of spaghetti". dbt cannot enforce structure, nor is it intended to do so. It therefore provides full freedom for your own

Though dbt generates nice documentation (responding to clicks and zooms), only a good architecture results in a system which is easy to maintain in the long run. 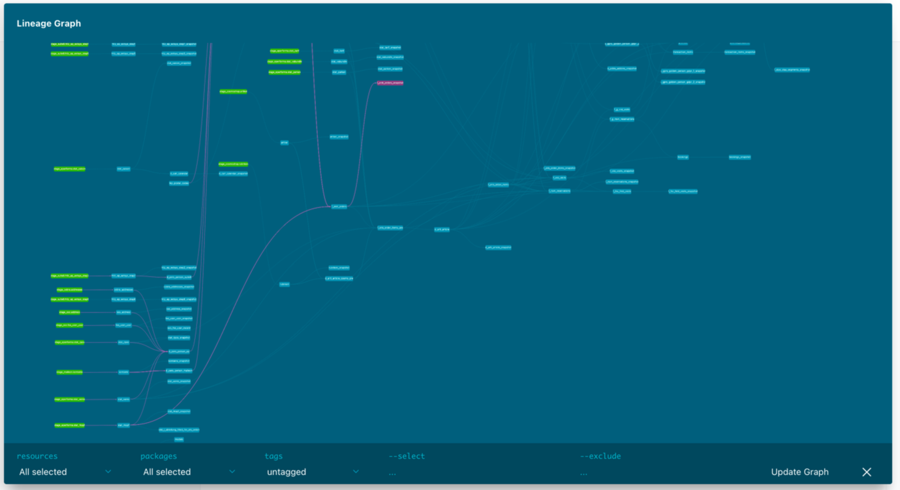 Particularly good: The modelling technique (such as 3NF, star schemes, data vault) can be chosen in accordance with the use case. dbt gives freedom to decide whether the complete data model is first specified, or whether the modelling details emerge during development in a pragmatic and agile manner – if necessary, according to a rough target model.

We hope this article has acquainted you more closely with dbt in combination with a modern cloud database. Contact us if you would like to further talk shop about the advantages and disadvantages of dbt or Snowflake, or would like advice on rapid development of a data hub. 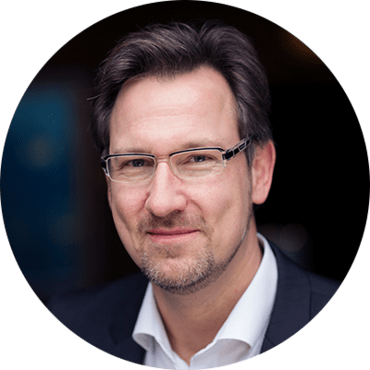 Olaf Bowe
Competence Center Manager
Olaf is an enthusiastic expert on all matters related to SQL, reporting and visualization. He is convinced that cloud computing's market share will continue to grow and that there will be increased interest in the ethical issues surrounding AI.
#Pythonlover #Radlfahrer #Digitalisationforall