In order to successfully implement a campaign, it is important to be able to rely to a closed campaign planning process within the business. In case there is no such defined and uniform process, valuable potential is wasted and there is a risk that there will not be successes in the long term.

An individualized and consistent interaction with the customer via his/her preferred channels, the relevant messages and, of course, the optimal time should in any case be at the center of a marketing campaign.  Because each of these specifications may - and in most cases - does contain an error source for a customer-oriented campaign strategy. For this reason, it is even more important in the course of campaign planning to schedule and, of course, allow enough time for coordination requirements and discussion. Thus, it is not surprising that the planning process accounts for approximately 50 percent of the total effort of a campaign implementation and is of great importance for the campaign manager.

In order to make the success of a marketing campaign measurable, it is important to pre-define the objectives to be achieved in the course of the campaign. By means of the former, the results can be compared to the defined objectives after the campaign. Based on this, the success of both the marketing campaigns and the agencies and marketing departments is eventually evaluated. A clear definition of the campaign objectives is thus indispensable. Anyone who skips this planning step runs the risk of misleading himself/herself by a subsequent success statement. In addition, a detailed campaign planning brings other involved departments on board at an early stage in order to ensure that the implementation of the campaign is perfectly aligned to the customer and his/her objectives.

For example, a mailing as main medium might make more sense depending on the business and the target group than a mere limitation to email dispatch. In addition, one could accompany this channel by ad placements (online and print), social media activities or follow-up phone calls -  and all that simultaneously across several stages. This small example already shows how many different ways a marketing campaign can take and the high complexity involved. However, the question whether the desired target group is actually reached by this campaign remains the same.

In the course of a marketing campaign, the campaign manager conducts a detailed briefing with the customer in advance, where i.a. the basic idea of the campaign is defined and the target group to be reached is determined. Should a certain turnover be reached, new customers acquired or existing customer loyalty increased? Or should the campaign rather increase the market share and thus increase the popularity of the brand? Independently of the desired objective, it should in any case be quantifiable and thus measurable in retrospect.

Lifting Wealth of Experience and Verifying It By Data

In each business, there is a history of different marketing measures - and employees who possess special experience and expert know-how and are able to offer the campaign manager important insights about "what works and what does not". Thus, within the course of the planning phase, the campaign manager may seek e.g. support from the social media expert who can provide a review of the previous campaigns in social media. The data analyst, on the other hand, provides insights into customer structures and customer behavior of the previous campaigns.

And, vice versa, thinks about the possibilities he/she has at this early stage to support the creative agency with his/her insights from customer data. First-hand experiences are added: What may the sales department, which is in direct contact to the customer, contribute?

Thus, there is a great wealth in terms of long-standing experience and accumulated knowledge in each business which can and should be verified by means of current data and integrated into the existing customer data. In this way, the campaign manager receives an even clearer view of the customer, his/her wishes and situation and is able to tailor his/her campaign ideas to the customer even more purposefully by means of this knowledge. If the knowledge of the various positions is, however, ignored, one runs the risk of by-passing one's target group. Thus, a campaign manager's long-term objective should be to establish a corporate culture of regular exchange with the various departments and, in addition, of regular and independent exchange between the latter.

This also includes an up-to-date cross-sectional analysis of the measures within the business. This prevents the addressing of the same customer group by various departments. If, for example, the father of a young family planning to buy a family home receives three advertising emails from one and the same business on one day, the desired effect, of course, fails for all three actions. Generally, dispatch rules which have proved to be successful in the past should also be questioned for the current campaign, seeing that just because a concept used to work in the past does not mean that it has to work in the future. A channel expert can inform about previously learned know-how and provide exact times which are the individually best dispatch times. Campaign management tools may also make a valuable contribution to the dispatch timing. The campaign manager should establish his/her own rules with his/her departments' experience and the extensive customer data and align them to the target group he/she wants to reach.

As contents can nowadays be personalized to a great extent and with very high sophistication, they should in any case be tested with a view to the target group as soon as the campaign contents are available. By means of such random samples and test dispatch runs it can be determined whether the selection and the design of the contents are correct. There might be target groups with potential which are not addressed yet? While testing at this level requires a lot of effort, the campaign manager and thus the campaign as such greatly profit from it in the end. Because the learning results help to get to know the relevant customer group even better and, in addition, substantially increase the accuracy of the marketing actions in the long run. This process is an important cornerstone for sustainable successes.

The described aspects of the campaign implementation clearly show that campaign management may no longer be considered as a linear process nowadays, but rather as part of a larger cycle. At the beginning, i.e. during the campaign planning stage, the focus is initially on the results of previous actions. In this context, the individual departments may give a lot of valuable feedback; this might be the existing know-how available in the business or learnings which one can draw from meaningful tracking of the previous actions. If useful feedback loops are integrated into the corporate culture, the individual departments will also be able to impart new knowledge to each other continuously and thus learn from one another. Unfortunately, many businesses still use the so-called fire-and-forget strategy anway.

The best-case campaign implementation is shown in the following graphic:

The existing resources in the business and the implementation of cycles and feedbacks are a safe bank for sustainably successful marketing campaigns. A campaign management tool tailored to the customer's requirements helps to organize the workflow and analyze the data and even automates some of the processes described above as desired.

You are about to start a marketing campaign and the right contact person is missing? Contact us at marketing@remove-this.btelligent.com and we will be happy to inform you about our entire range of services and give you an overview of the latest campaign management tools available on the German market!

We are looking forward to hearing from you! 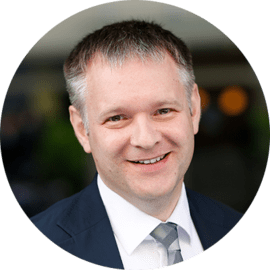